Almond flour snickerdoodles are a sweet treat covered in cinnamon and sugar. Kids love them, adults love them, everybody loves them! 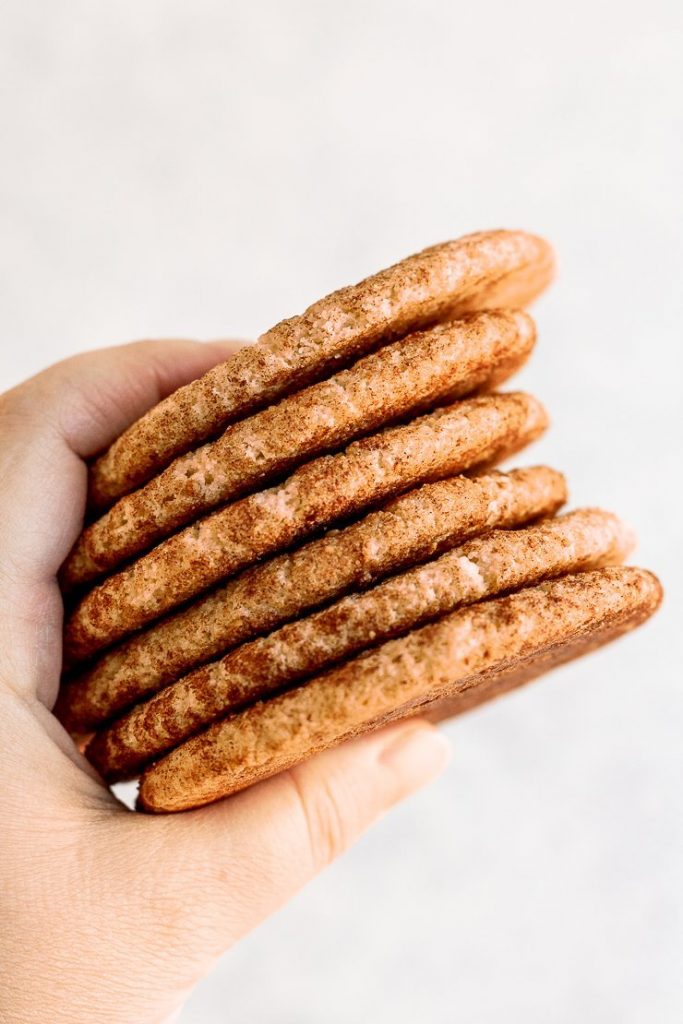 Snickerdoodle cookies can vary from being soft and fluffy, thin and chewy, or crispy on the outside and tender in the middle. That is to say, everyone’s preference for the perfect paleo snickerdoodle will vary.

These almond flour snickerdoodles are more on the thin and chewy side, with a little crisp around the edges. Just the way I like them. 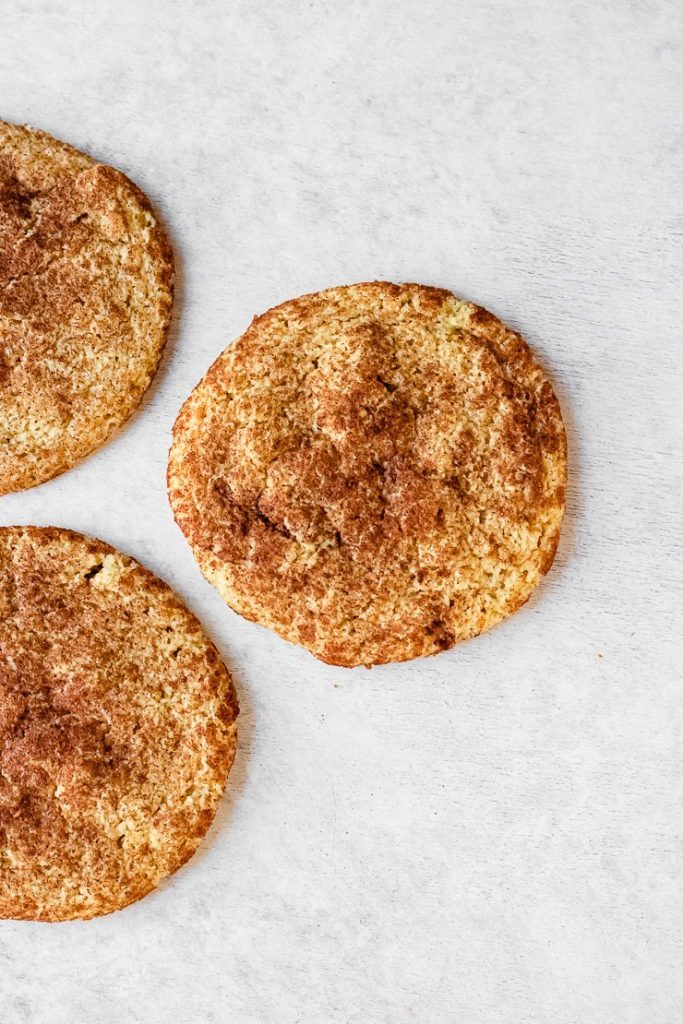 Almond flour is naturally gluten free.  Which means these gluten free snickerdoodles can definitely be served to those with gluten allergies.

These homemade snickerdoodles are: 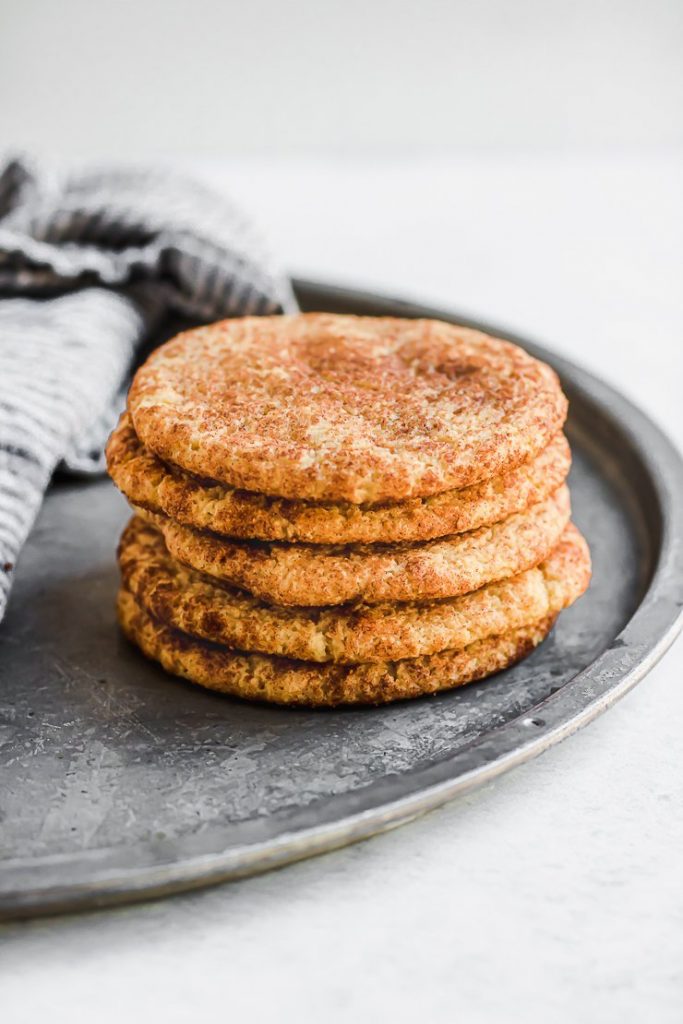 Almond flour snickerdoodles are easy to make and require minimal ingredients. Which makes them the perfect recipe to make when you don’t want to spend a lot of time in the kitchen. They can be made in no time at all! 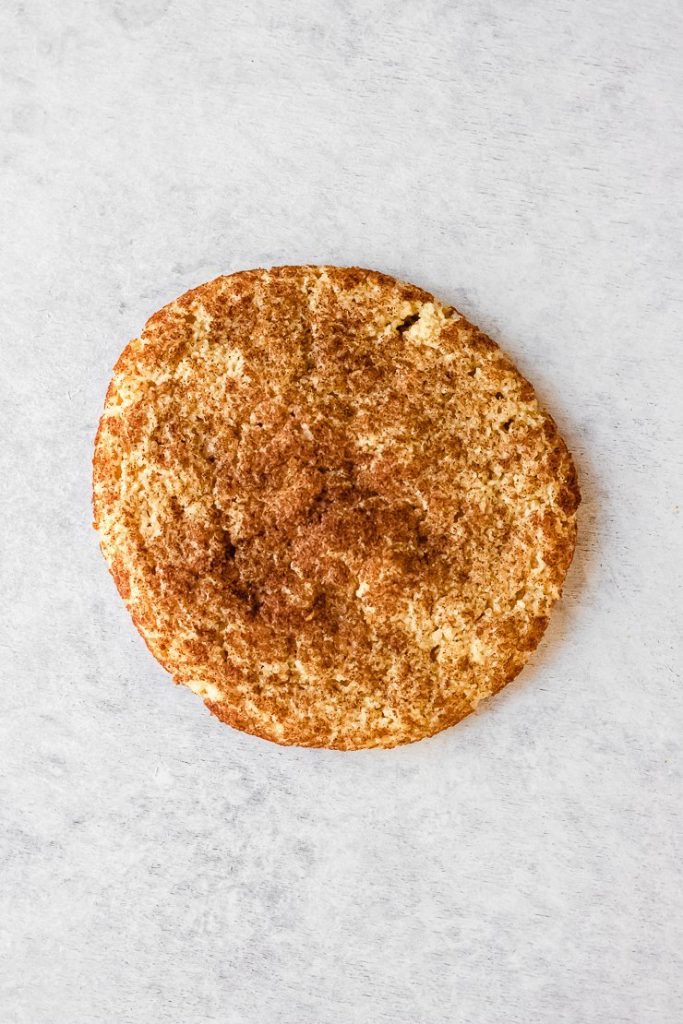 Almond Flour Snickerdoodles – How To Make

First, prepare the cinnamon sugar mixture so it’s all ready to go once the cookie dough is mixed up. Place the granulated maple sugar and cinnamon into a bowl, and stir to combine.

Then, add in your maple syrup, avocado oil, vanilla, and egg yolk. Using a wooden spoon, mix all the ingredients together until a wet dough forms. 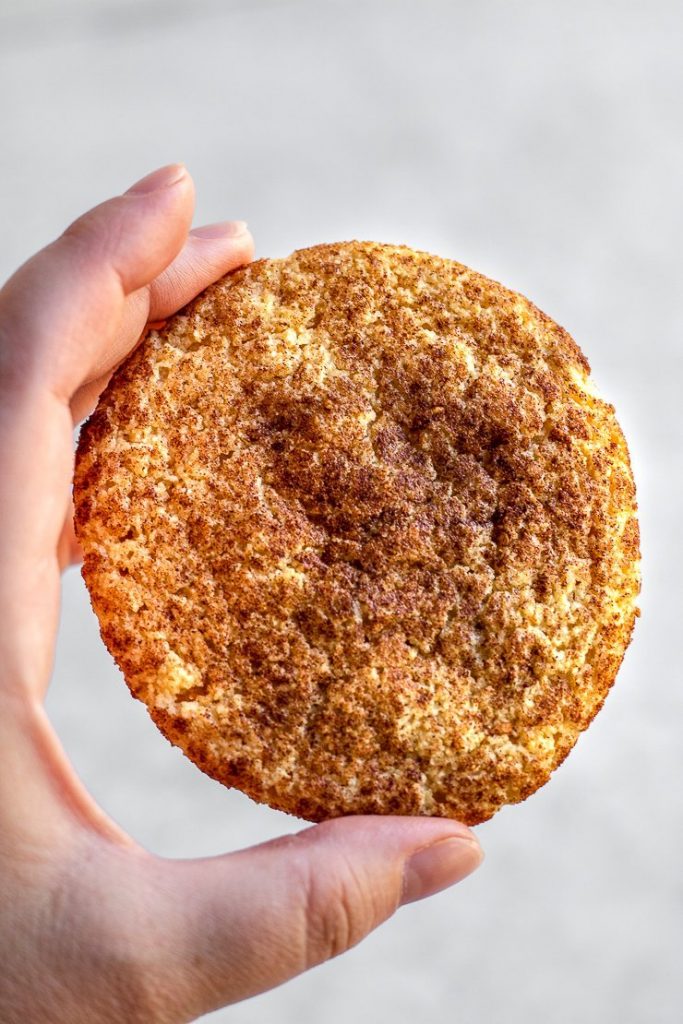 Next, use a 1.5 tablespoon cookie scoop to scoop out the dough from the mixing bowl, and drop it into the cinnamon sugar mixture.

The dough will be a lot softer than traditional sugar cookie dough – that’s okay! Just be careful handling it. I like to shake to bowl around to coat the dough ball, to avoid handling it with my hands as much as possible.

Next, place the pan into a 350℉ oven and bake for 9-10 minutes. If you like a really crispy edge, keep it in for the whole 10 minutes. I take my almond flour snickerdoodles out at 9 minutes and they’re perfect!

Most importantly, let these paleo snickerdoodles cool to room temperature on the pan before eating them. This will take about 10 to 15 minutes. The dairy free snickerdoodles will continue to cook while on the pan, so don’t skip this step! 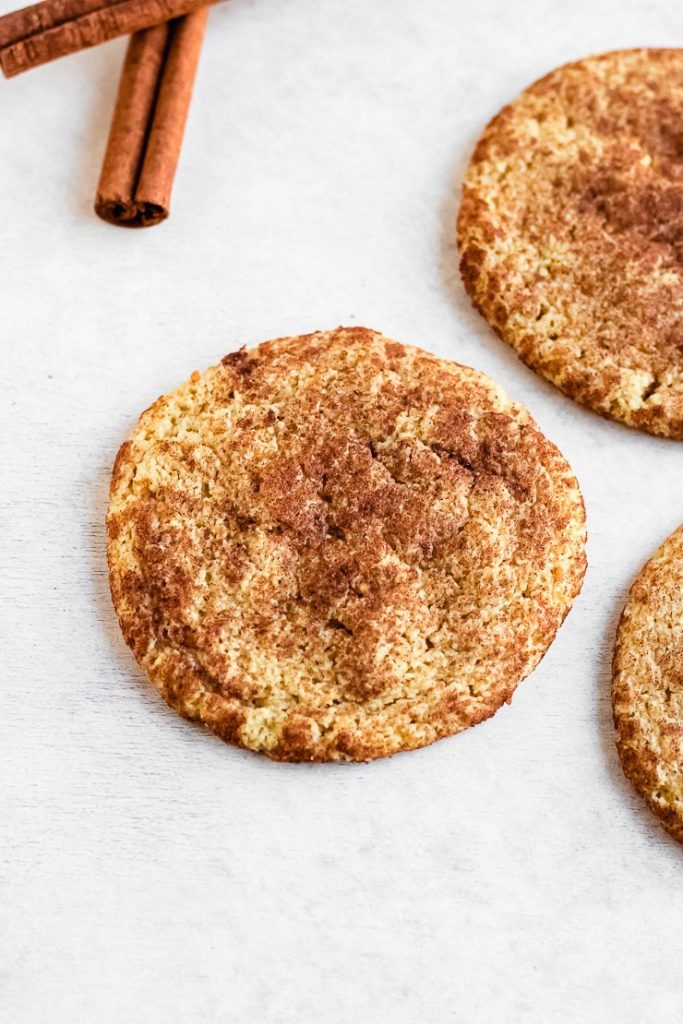 Enjoy these gluten free snickerdoodles made with almond flour! 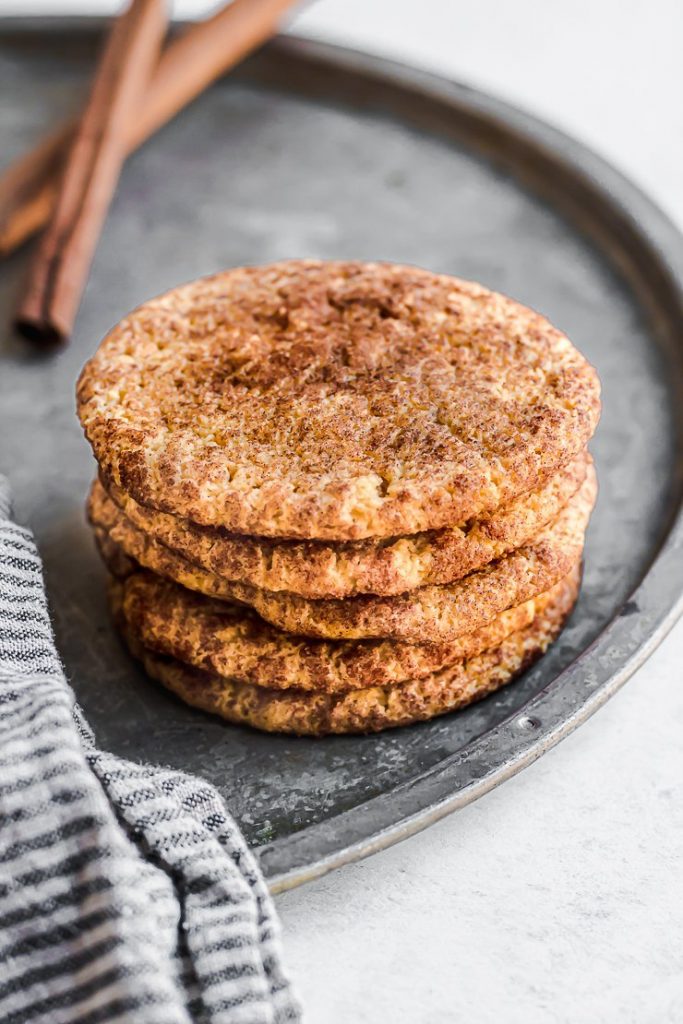 Follow me on Instagram and use the tag #simplyjillicious if you make these almond flour snickerdoodles!  I’d love to see them!

And don’t forget to sign up for my newsletter here.

If you try these almond flour snickerdoodles, or any of my recipes, please leave a review and star rating – thank you! 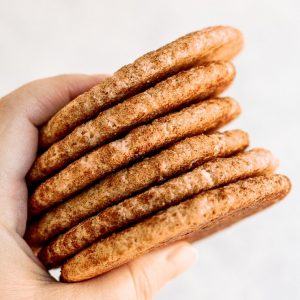 For the Cinnamon Sugar Coating

Hungry for more? Check out some of my favorite recipes! 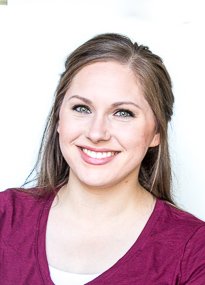